General information: JImmerse yourself in the historic past and the modern development of Balkan coun- tries with a private local guide leading you through the Roman archeological sites, the uniqueness of the Byzantine and Sllav culture and the feel of the Ottoman architecture. More

General information:
JImmerse yourself in the historic past and the modern development of Balkan coun- tries with a private local guide leading you through the Roman archeological sites, the uniqueness of the Byzantine and Sllav culture and the feel of the Ottoman architecture.

Arival on airpot nikola Tesla – Belgade, accomodation i the hotel and overnight.

08:00 - After breakfast in the hotel, check out and meet the guests and depart to nis
11:00 – Walking -City center tour. See Banovina building, nis open mar- ket and flowers market, over the nisava river bridge, to the pedestrian street “Obrenoviceva”.
12:00 – Time to enjoy a snack or lunch.
14:00 - Enjoy a walk through the nis Fortress. The fortifications that exist today date only as far back as the beginning of the 18th century, but the Turkish fortress that survives was built on the same site as ear- lier fortifications of Roman, Byzantine and Serbian medieval origin.
16:00 – Before leaving nis, have a panoramic tour of the city by seeing the Mediana – a luxurious villa build for Emperor Constantine the Great and the Skull Tower.
19:00 – Accommodation and dinner in Skopje

08:00 - After breakfast in the hotel, check out and meet the guests and start the city tour of Skopje.
09:00 - Our panoramic tour will explore the old Railway station, the mo- nument of Mother Teresa and her memorial house, the Stone Bridge, Daut Pasha Amam – monument of the Islamic architecture, the church St. Spas, the Fortress Kale; we suggest also a short walking tour of the old town and its bazaar.
13:00 – Time for lunch in one of the traditional restaurants. Continy toward Ohrid, arival and accomodation
VV

08:00 –Breakfast in the hotel.
11:00 –Continue to Tirana via Qafe-Thane border
12:00 – Lunch in Dures
Explore the ruins of town forum, roman baths, city centre, town hall, Roman Amphitheatre, byzantine walls, Venetian tower and archaeo- logical museum, a panoramic display of discoveries Continu to Tirana, In the afternoon, Tirana City tour. TIRAnA (description tour) - „The Al- banians“ - a mosaic on the face of the national Historical Museum, Sta- tue of Skanderbeg in Skanderbeg Square, Et‘hem Bey Mosque at the south east corner of Skanderbeg Square - The Clock Tower next to the Et‘hem Bey Mosque, Government buildings: at the south end of Skender- beg Square. Roman Catholic Church of Saint Paul: completed in 2001, the largest church in Tirana. Orthodox Church of St Prokop was built in 1780. The Tabakëve and Terzive bridges (respectively in front of the Parliament building and on Elbasani Street) date from the beginning of the 20th century. The Palace of Culture (Pallati i Kulturës), where the Theatre of Opera and Ballet and the national Library stand, was com- pleted in 1963 on the site of the former Trade of Tirana building, with the first brick being placed by Soviet president nikita Khruschev in 1959. The monument to Mother Albania, 12 meters high, was inaugurated in the Dëshmoret e Kombit cemetery in 1971. The Academy of Sciences building, The Gallery of Figurative, The International Cultural Centre, formerly the Enver Hoxha Museum, was inaugurated in 1988. Popular- ly referred to as ‘the Pyramid’, it was designed by a group of architects under the direction of the dictator’s daughter, Pranvera Hoxha, and her husband Klement Kolaneci. The Palace of Congres, and President Resi- dent, all this wonderful buildings, extended, along the Boulevard Desh- moret e Kombit, the Boulevard of Albanian History. All this wonderful things you could get to our Capital along to panorama tour in Tirana. Accommodation and overnight 19:30 - Dinner included.

08:00 – Breakfast in the hotel and check out the hotel.
09:00 - Tour of Budva.
10:00 – Proceed to Kotor. The stunning Bay of Kotor (UnESCO Heritage) along the northern fjord like a drill deep into the land of the Black Moun- tains. Also Kotor Old Town (UnESCO Heritage Site), churches and palaces, surrounded by a defiant wall, is a gem.
13:00 – Time for lunch in Kotor
15:00 – Check the hotel in Dubrovnik.
16:00 – Afternoon city tour of Dubrovnik. Known also as the “Pearl of the Adriatic”, Dubrovnik offers a range of attractions. Our walking tour will take you by the old harbor, Franciscan monastery, St. Laurence Fortress, Sponza and Rector’s Palaces, Bell Tower Clock and Orlando’s Column.

08:00 – After breakfast in the hotel, check out and meet the guests. con- tinue to Mostar, after spectacular crosing the borthers of Croatia wit Bosnia and Hercegovina several times we are ariving in Mostar.
11:00 – Mostar; Our guided city tour will include visits of Public Turkish Bath (hammam), clock tower, Metropolitan Palace, Karadjoz-Beg Mosque, Ottoman Residences , Crooked Bridge, Tara and Halebija Towers.
12:00 – Time for lunch.
14:00 - Check in the hotel. In the afternoon explore Mostar

08:00 - After breakfast, check out and get on board the bus riding to SARAJEVO
10:30 - Full day city tour Sarajevo is one of the most oriental and cul- turally diverse cities in Europe, and had spent over 300 years under Turkish rule until the Austro-Hungarians arrived in the late nineteenth century. The empire collapsed 50 years later when Archduke Ferdi- nand was assassinated here, hastening the outbreak of the First World War. The late twentieth century saw Sarajevo host the Winter Olym- pics in 1984, and the long siege of the city during the recent conflict. Accommodation and overnight in Sarajevo.

08:00 – After breakfast, check out and get on board the bus riding to zlatibor, our final destination is Belgrade.
11:00 - Learn about the Sargan 8; Board the train in Mokra Gora station and enjoy this exceptional railroad ride, its winding curves and tunnels. Upon arrival in Sargan Eight , a brief sightseeing of the train station.
13:00 – Lunch
14:30 – Sightseeing of Sirogojno; Visit of the Old Village Museum.
16:00 – On board toward Belgrade.
19:00 – Check in the hotel in Belgrade and prepare for dinner.

0 likes this
Ridiculous quest there. What happened after? Good luck! https://online-casino-16.webselfsite.net/
Showing 1 - 1 of 1 in total 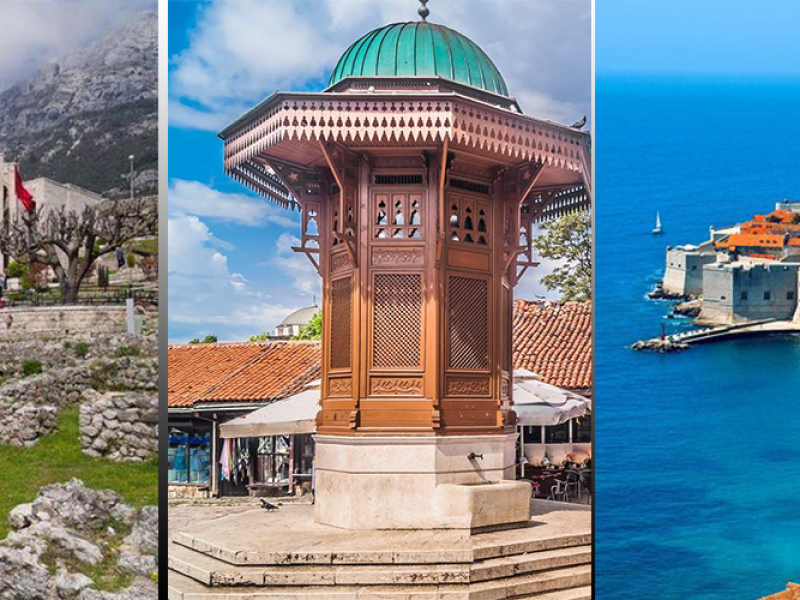 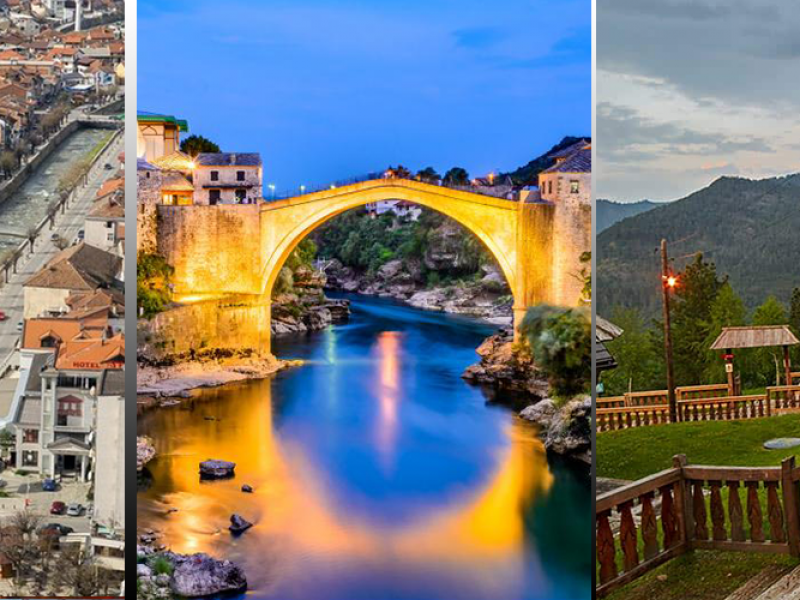 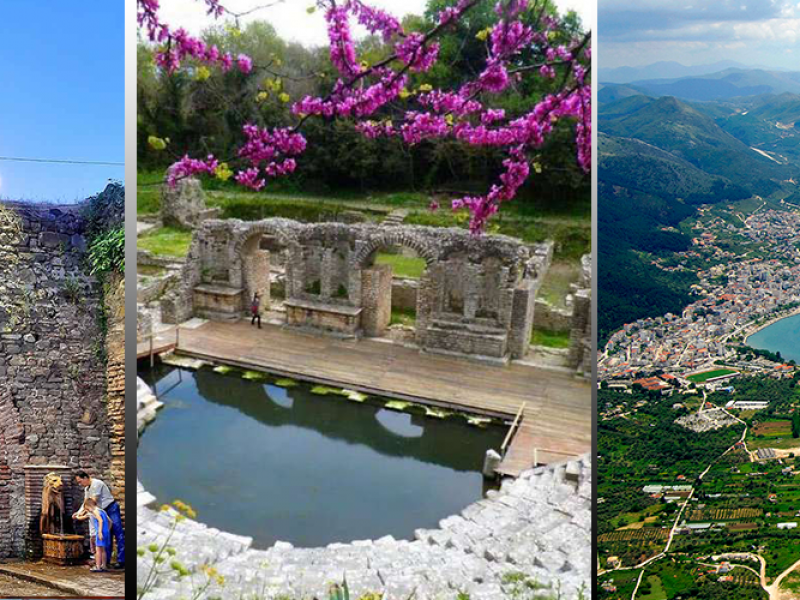 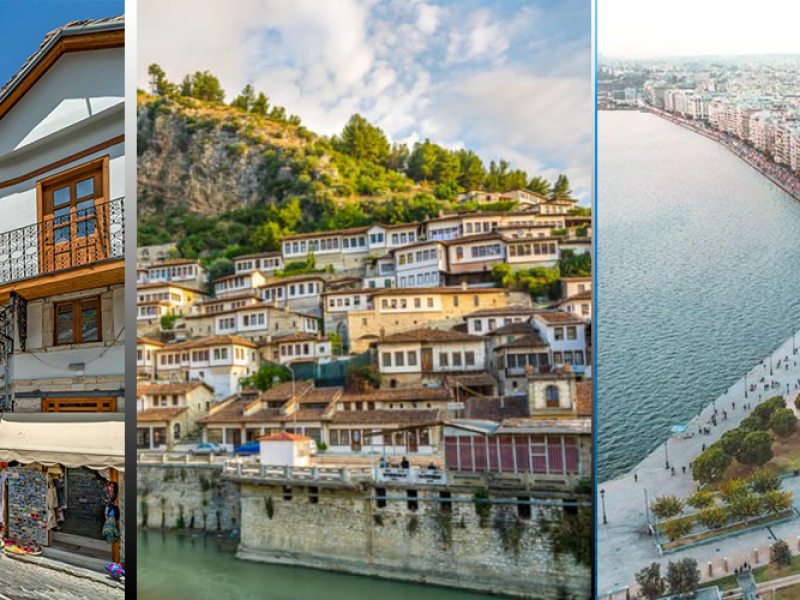